The Weight of the Journey: Book One in The Cloud Quartet


I smiled at that, I am sure she was indeed virtuous, but that attribute was not one I cared about as a teenager. Eventually the day came in mid-March when Emily and Alice called me. Come quick. The frustration of waiting fell away and I was left with just the pleasure of having brought together my own tale and the story of my old friends, with the help of great mentors, the encouragement of family and the enthusiasm of the many guests who have passed through my house over the years. One author I learned about recently said it took her twenty-seven drafts to complete her manuscript.

I argue that my credentials are good — after all I did marry their father - a new-age hippie who smoked pot in a cave in Devon bedecked with beads in the days of flower-power. She joined the chorus. I really have never wanted to try it; I might like it and the last thing I need is another addiction.

Download PDF The Weight of the Journey: Book One in The Cloud Quartet

Wine and gin slings are surely enough. I got a smart phone. I kept loyal for years to my little old Nokia but the girls wore me down and I succumbed. I could not refuse, for I knew I was trying their patience, calling them from afar asking them about timetables or directions. Well let me tell you, weed would have been a cinch compared to this! This is addiction I grab my phone as I wake up and roll over jabbing at the keys. Ninety percent cute animals and small children that aren't mine.

Posts to share for a million likes and every day a birthday that I never knew about before. Had I missed out on the last six months of them and just picked up the news now, I would have missed nothing! Maybe I could lose the phone and get stoned.


Or get stoned and lose the phone! This is the second part of an account of my visit to Cape Clear Island - the southernmost inhabited part of Ireland in Co. Nearby is the iconic Fastnet Lighthouse. There I paused, held in thrall by the flashes of the Fastnet fading against the lightening sky. It would hove-to in the lee of the castle rock. Ghostly privateers slipped ashore to scale the cliffs and secrete gold within the castle vaults. The locals stayed away at night, deterred by sounds of spookish merrymaking. By day they could never find the stash. Every drystone wall had an electric fence which made me nervous.

I could roll under them, but what was I getting myself into? Highland cows are awesome beasts with horns. The weather closed in, seeping into my bones until the cold took my spirit. I gave up and followed the coast back towards the harbour. Had I not turned to watch a shearwater dart past, I would have carried on and spent an idle hour or two in the cafe waiting for the ferry.

Yet, just that lifting my head, a curiosity for the flight of a vanished bird, changed all that. For there, behind me, was the castle silhouetted against high cliffs and sea. It vanished time and again before I reached it, by some trickery of coastline concealed. Dun-an-Oir was very small on a scale of castles, more of a stronghold but scored large for impact. And that was the end of Dun-an-Oir: in , its top was blown away by English cannon.

Winter storms pummelled the causeway and eventually, in , it was swept away and the Castle of Gold was freed forever from the mainland.

I lay flat on the clifftop, staring down at the swirling waters. I clutched handfuls of tussock to steady myself - the wind shafting under my anorak, my brain tumbling with the scudding seagulls below. All around, waves broke on rocky outcrops and in the distance, the sea lay like rolled lead, rattled by showers and scalded by shafts of sunshine. I drew back from the unsettling edge to sit and imagine how tapestries shivered on the castle walls in the flicker of tallow candles and the comfortable glow of peat fires. I could smell the curls of smoke backing down the chimney in a gale, while down below, the sea bumped endlessly against the rocks.

The Weight of the Journey: Book One in The Cloud Quartet

As my eyes rested on the wider ocean, I saw it was flecked with bobbing black cormorants. I thought of those little black ink drawings on the chart at the pub; of the cargoes of treasure, steel, iron, coal and wool that all went to the bottom with the ships and seamen. Eventually, stiff from the cold, damp ground, I stirred myself and left the Castle of Gold to the wind and waves; the gulls and cormorants.

It was late afternoon when I caught the ferry back.

I had kept going through Ireland, travelling by drift and in an uncertain frame of mind, putting off the turning point for my travels, for that point is not necessarily a halfway mark in time or geography. I thought of all those who never went home: the victims of the raid on Baltimore, mariners, Spaniards, the crews of Fastnet, the Irish immigrants, the English intruders.

The windswept cottage would need another buyer; the writer in me could make no further excuses.

The Crown of Dalemark by Diana Wynne Jones

It was not a place I needed, neither was it solitude; it was self-mastery. I was ready for home, for family. I was travelling alone. Both of course.

Freedom can be a challenge. At first, I felt Ireland too tame, too close to childhood… the language, the food and gentle, emerald countryside. I loitered. My return-ticket to Sydney still open. Not wanting to go forward or to go back. I took to Ireland for a month. Content, if I missed one bus, to take another.

Your familiar - child, seeker or pilgrim - scouts out the way. Its caves and coves were once the haunt of pirates and smugglers. Where I alighted, the small village of Baltimore, had an added fame. You may not know of the Sack of Baltimore; I confess, neither did I. In , led by a Dutch sea captain who had converted to Islam, Barbary pirates raided Baltimore, capturing white slaves for the markets of Algiers. A crew of Janissaries, an elite militia, disciplined and deadly, crept ashore in the dark and took up position in front of each cottage.

At a signal, they fired thatched roofs, hollered obscenities and smashed down doors with metal staves. For me, walking down to the harbour in the sunshine nearly four centuries later, it was impossible to comprehend the terror of more than a hundred men, women and children herded down the same path under a crescent moon. A reminder of the most ruinous raid by Islamists ever made on British or Irish soil, swung above my path - the face of a fierce corsair, painted on the sign for The Algiers Inn. I hurried on to book my ticket to Cape Clear Island, the southernmost inhabited point of Ireland.

I had an hour before the morning sailing. It smelt of stale beer and the low winter sun slid in and did it no favours. Pride-of-place went to a nautical chart on which, someone, with a steady hand and great care, had recorded every shipwreck thereabouts, each one annotated with name, date, cargo and souls lost. Each tiny ink drawing held a vessel evermore in the moment of calamity: capsizing, upended, breached or overwhelmed by the sea; a Glasgow coaster, yachts, steamships, a Spanish galleon, an American packet ship, local trawlers, French and Spanish too.

When it was nearly time for me to go for the ferry, I asked the barman about staying the night on Cape Clear. I wedged myself by the bridge instead of down below with the old salts, their dogs and their bundles. The skipper chatted amicably while navigating powerful currents, islands, shoals and reefs. He was sorry - no whales or dolphins for me to see but grand weather I must agree.

I asked if he knew anywhere I could stay for the night. 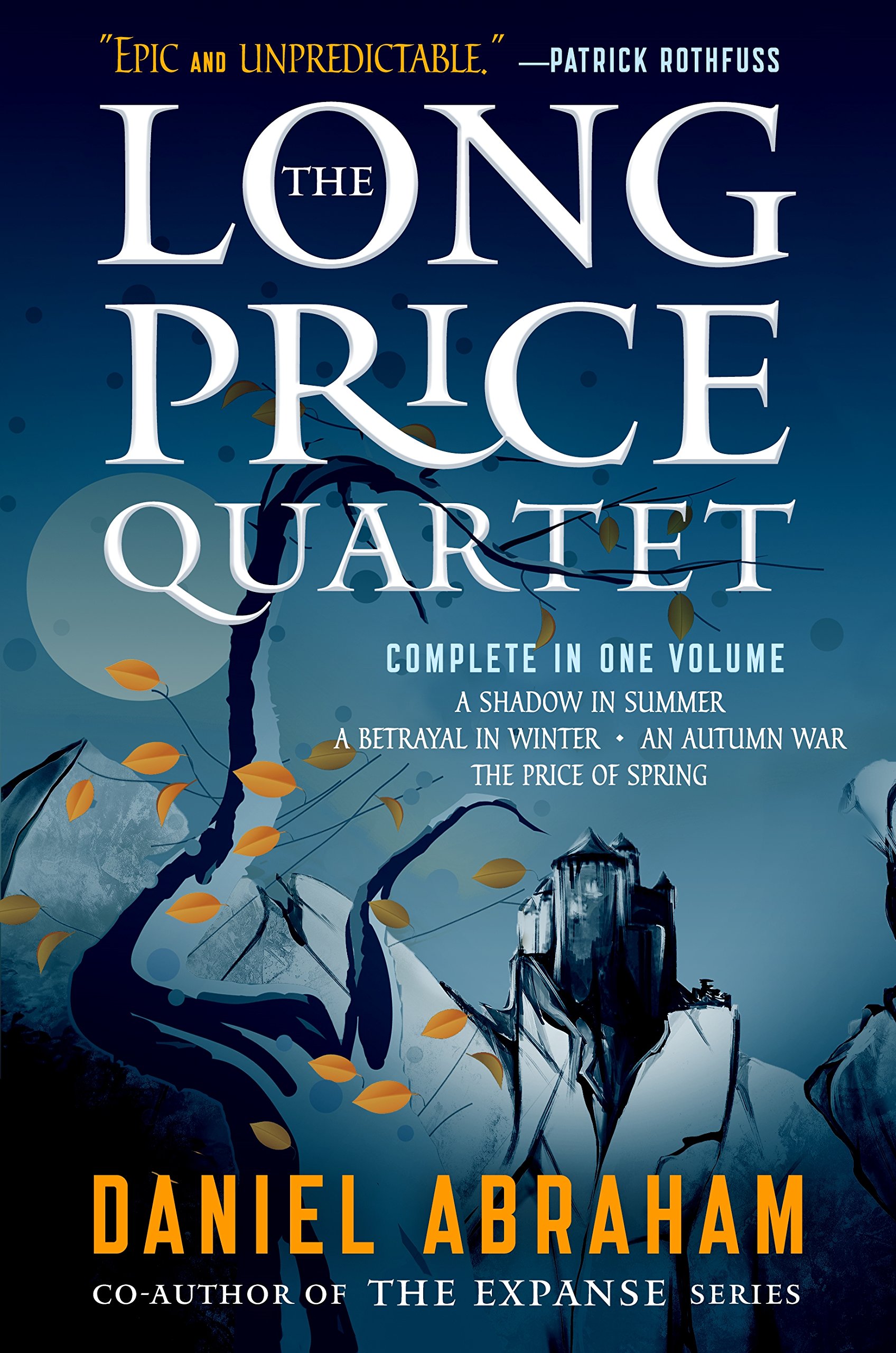 He pulled out a battered mobile and punched the keys. Soon afterwards, he pointed ahead.